2012 was the last year for excavations in the Jurassic for the marine reptile group. The camp this year was 400 meters up in the hillside. Since it was the last year, it was also the last chance to find fossils that we still lacked in the collection such as a plesiosaur skull. 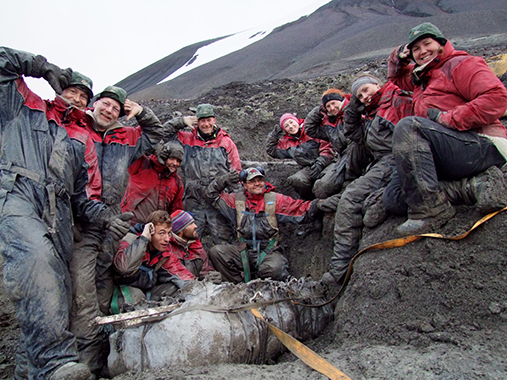 Named because the shoulder bones called coracoid laid just like butterfly wings in the shale, Butterfly is an intact shoulder girdle from an ichthyosaur, also containing two articulated front limbs.

This is an ichthyosaur looking long and slender. The specimen consists of the entire vertebral column, as well as parts from the shoulder girdle, the hips and possibly some limb material. 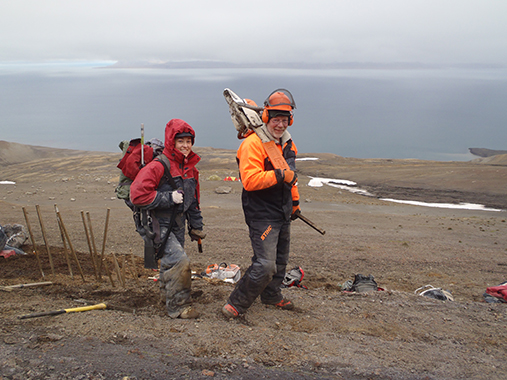 Geirus is also an ichthyosaur, and especially interesting because it is a skull, possibly quite complete. The skull was lying with the downside up, so that our view was directly into the palate. Judging from the size of the skull, this ichthyosaur was one of the larger. 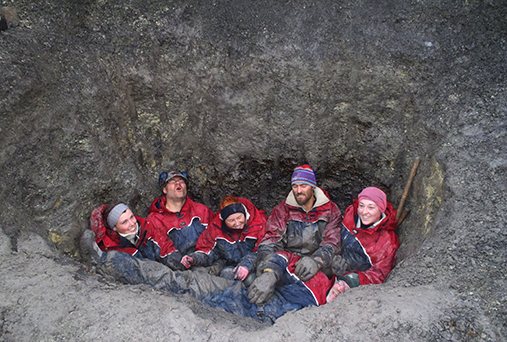 One of the most difficult and long-lasting excavations that the group had encountered, Britney was a large plesiosaur. The neck of the specimen went straight into the hillside, and many vertebrae were found before the skull finally turned up. It is surprisingly small, only 20 centimeters for an animal of five meters in total length.

This was another plesiosaur, this time without a skull. It is named after one of the tools we use frequently for the removal of shale above the specimens.