Spitsbergen Mesozoic Research Group from the Natural History Museum, Oslo, have been mapping and excavating marine reptiles and their surrounding ecosystem at Svalbard since 2004. The group has spent eleven field seasons in Isfjorden, around Janusfjellet in Konusdalen and in Flowerdalen. 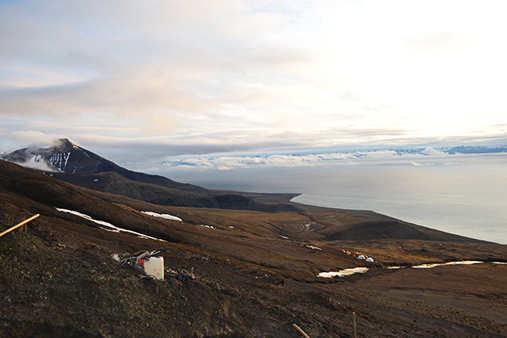 Each summer, the field work has lasted for two to three weeks in early August, with the team membes living in tents close to the excavation sites. The richest occurence of marine reptiles in the world has been uncovered, together with cephalopods, echinoderms, mussles and methane seeps.

During these years, the group has developed into a world-class Arctic fossil excavation team. The team has developed techniques for digging, preparing and transporting the fossils from the remote field locality to the laboratory in Oslo.

Read more about each expedition in the menu to the left.