Fossils from the Early Triassic

In 2016 the Spitsbergen Mesozoic Research Group (SMRG) returned to Spitsbergen to collect more material from the Early Triassic deposits. The main focus for this year was the so called Grippia layer and early ichthyosaurs. 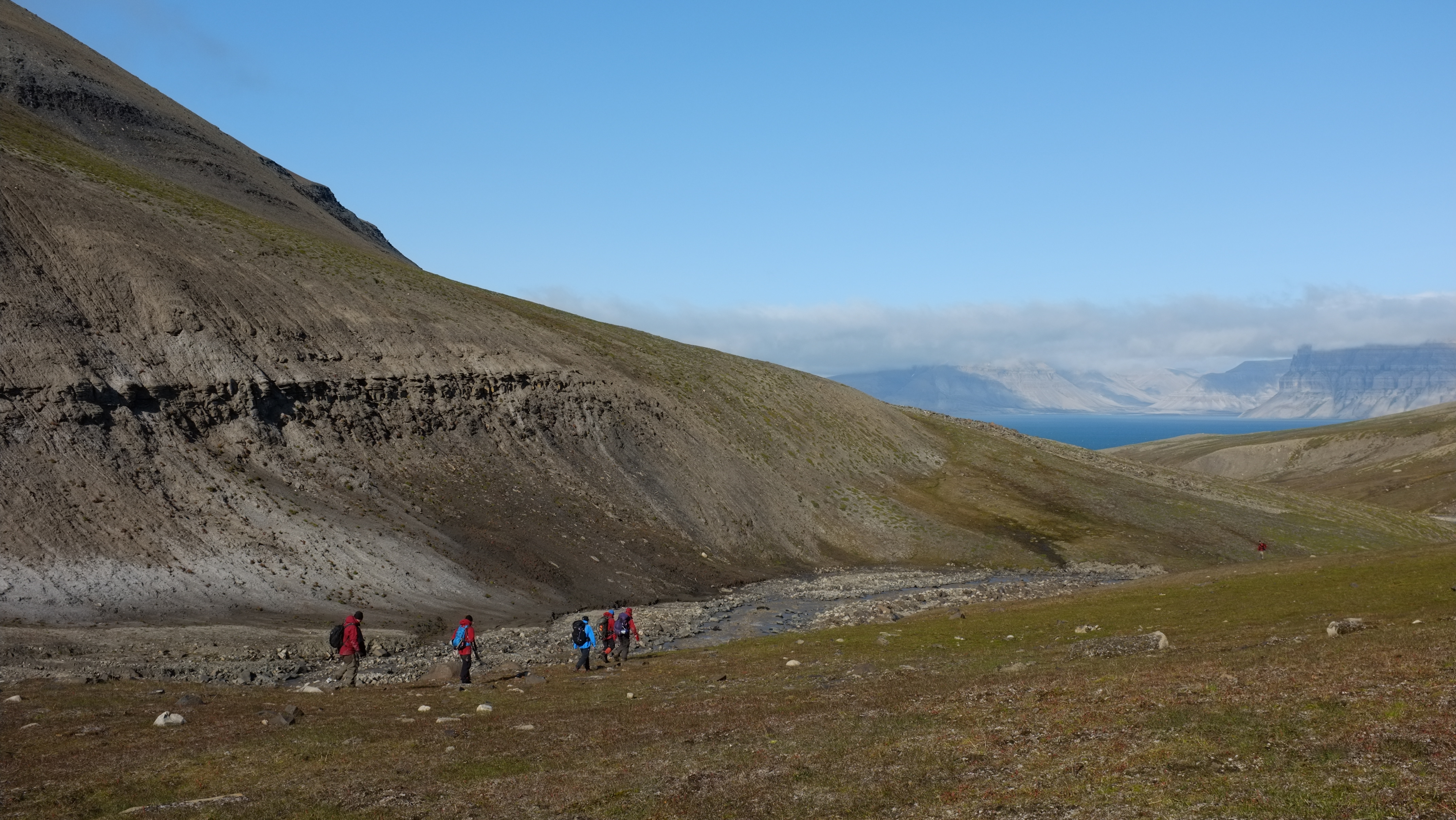 As in 2015, the excavations took place in Flowerdalen. In addition the group mapped the sedimentology in the neighbouting Ledalen in order to know where to search for more fossils and to gain a rigorous stratigraphic framework for the research.

The ichthyosaurs inhabiting the Early Triassic oceans obtained the largest and smallest bodies known for the group. Mixosaurs were 1-3 meters in total, while shastasaurids in some cases probably exceeded 20 meters. The Spitsbergen fauna from the time is mostly unknown, and uncovering it is the main goal of the SMRG. 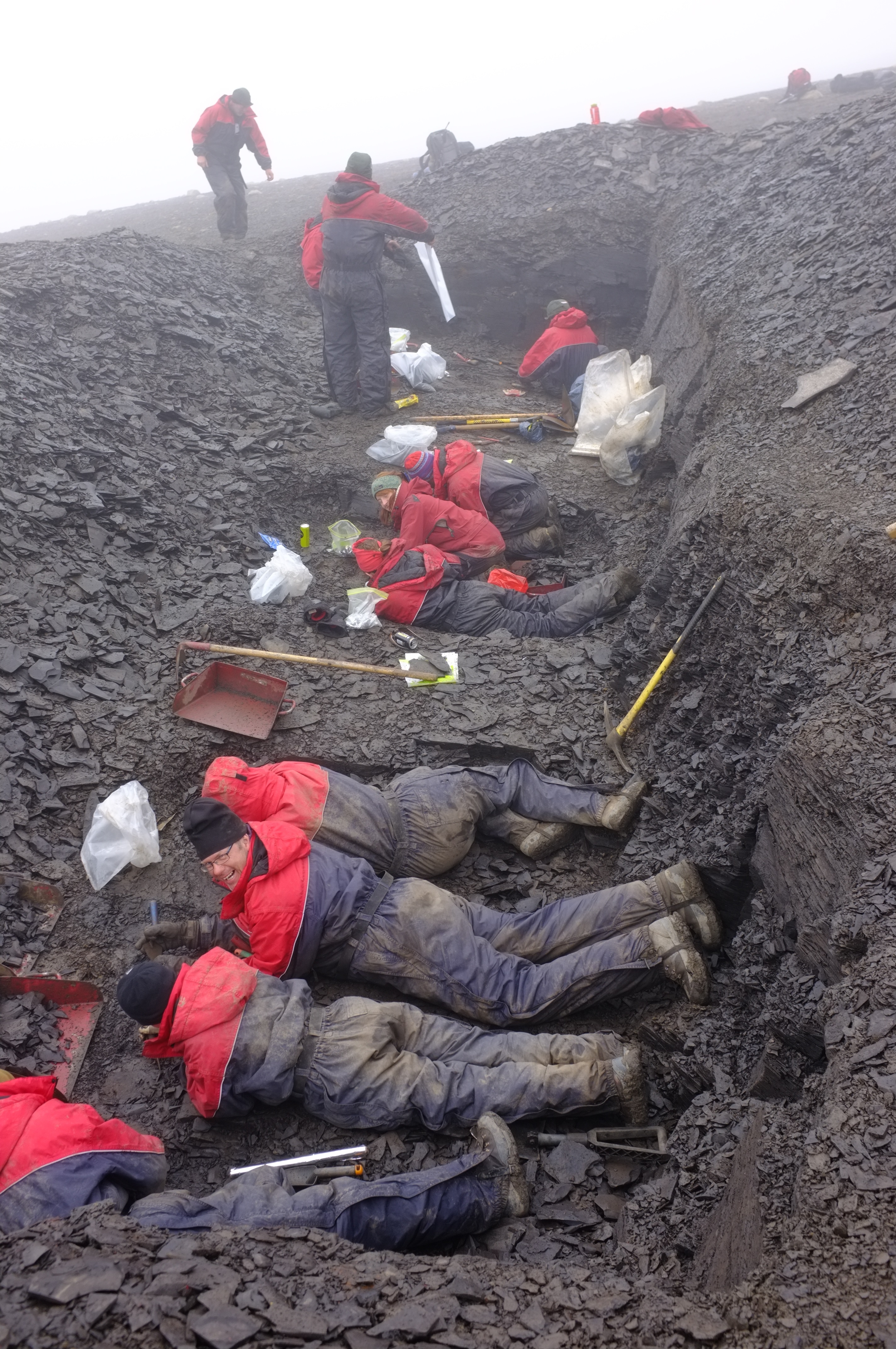 The Grippia layer was deposited 247 million years ago and is a bone bed with hundreds of skeletal remains possibly collected by underwater currents. Fossil preservation is surprisingly good and the skeletal elements are virtually uncompressed. The layer is known to contain bony fish, sharks, marine amphibians and the early ichthyosaur Grippia. In addition the SMRG has collected vertebrae, skull and limb elements possibly originating from the enigmatic reptile Omphalosaurus, known for its peculiar jaws with a high number of rounded teeth.

The 2016 expedition dug out a hole covering 44 square meters and moved approximately 70 tonnes of rock from the Grippia layer in addition to investigating concretions found to contain ammonoides and a possible marine amphibium skull. This year’s total result was more than 50 large bags with fossils and sediment, making a good base for the research in many years to come. 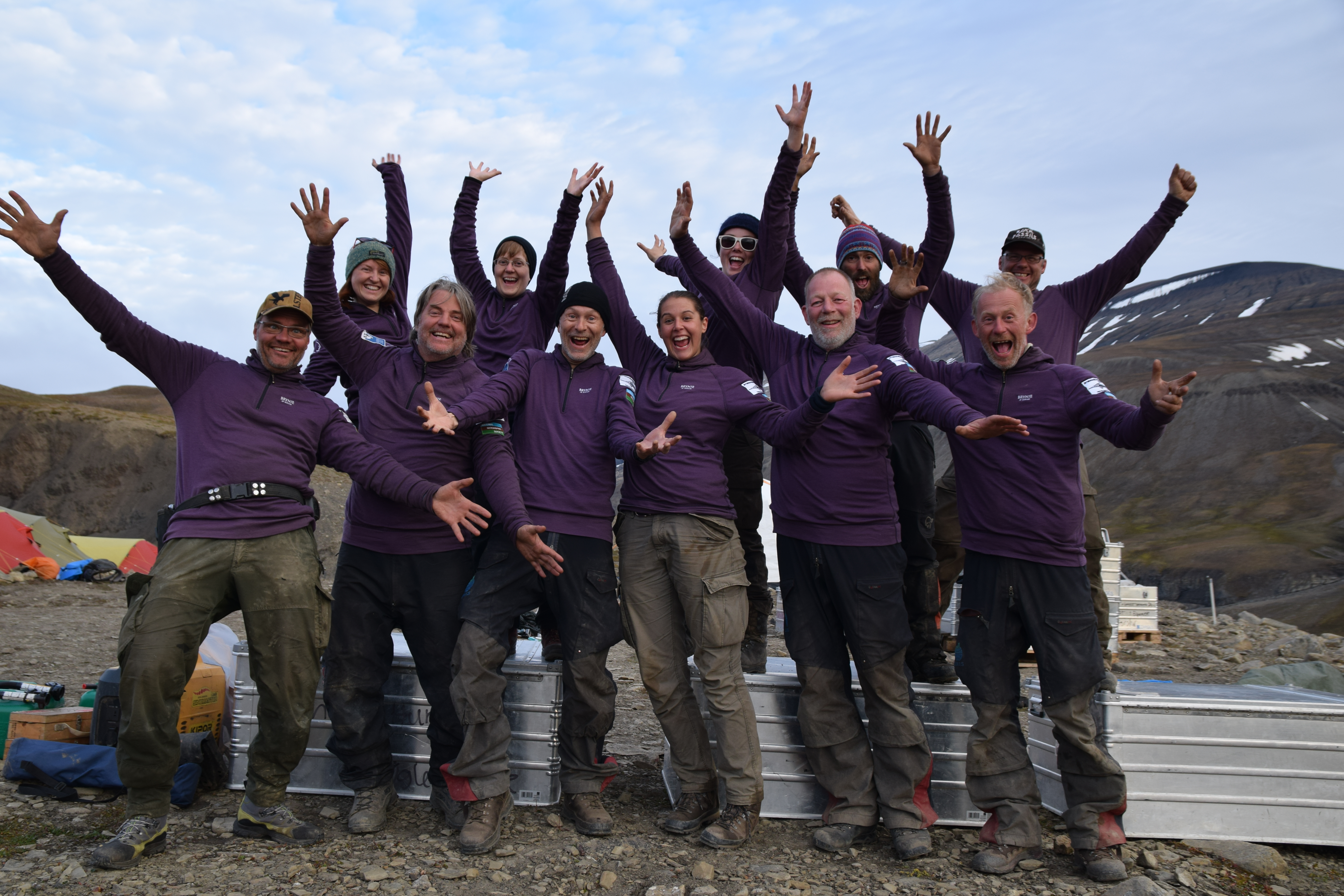 We wrote a blog on the National Geographic web pages from the expedition.