In 2011, the camp was set up at the same spot as the previous year, at the slope of Janusfjellet. The excavations were done in two areas: In the area around the camp and in the Konus valley further east. More specimens of both ichthyosaurs and plesiosaurs than ever before were excavated. In addition to the marine reptile team, a group of invertebrate paleontologists participated, working on the methane seeps and the collection of serpulids. 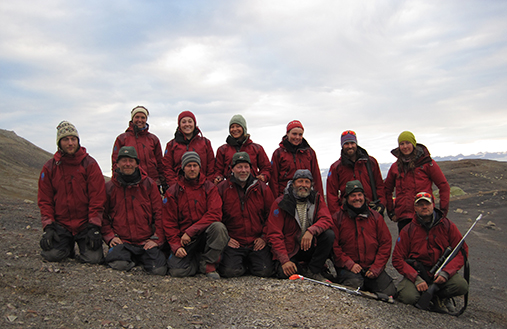 An almost complete plesiosaur, the excavation of Gully was actually started in 2010, but could not be completed due to the size of the specimen and the time limit for the expedition. The specimen is named after the site of the dig, close to a tiny river in a valley. The specimen had all four limbs preserved, which is very rare, and in addition the rest of the body, only lacking the head. 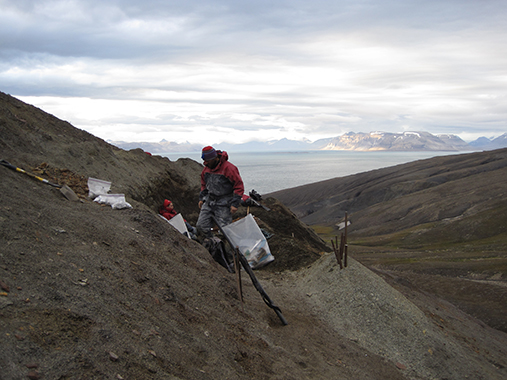 Virgin is from the Konus valley, named after the untouched hillside in which it was found. The specimen is the front half of an ichthyosaur, containing the skull, jaw, teeth, shoulder and a front limb.

Gypsy is another ichthyosaur from the Konus valley. The specimen consists vertebrae, ribs and a pelvic girdle. The pelvic girdle is especially interesting, as very few pelvic girdles are found from this group of ichthyosaurs. 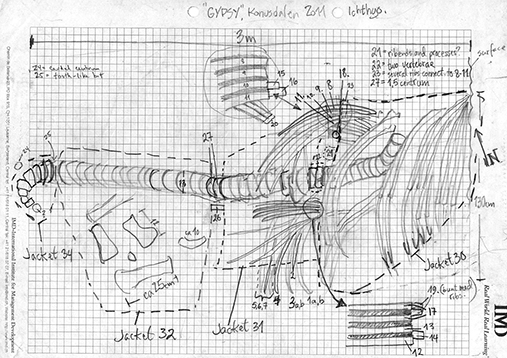 This is an ichthyosaur found closer to camp, and further down in the section, meaning it is older than the other specimens. This might also be a new species. The plaster jacket for the specimen was the biggest one we made this year, and it was documented by a German TV team. The specimen consists of parts of the jaw and skull, the front part of the vertebral column, the shoulder girdle and a front paddle.

In addition to Gully, four more plesiosaurs were excavated in 2010. They were named Rooster, Lene sin, West by camp and Tinfoilosaurus by the expedition members.

Earlier in 2011 expedition leader Jørn Hurum were pronounced National Geographic Emerging Explorer. This award is given to young scientists, explorers and teachers who has helped increase the knowledge in the world, and Hurum was the first Norwegian scientist to get it. As a follow-up, he wrote a blog from the excavation on Svalbard on National Geographic’s web pages.