The large scale excavation at Knerten, south of Diabasodden (Svalbard) took place in three weeks in August 2007. The locality was discovered during fieldwork in 2006 and represents one of the most important new sites for marine reptiles worldwide.

Three separate digs were commenced after the proper permit was received from the Governor of Svalbard:

Our hopes for a complete skeleton was crushed after the first week in the field. Slumping in the area had removed the posterior half of the skeleton and the skull was destroyed by a small creek that ran through the anterior part of the specimen. What was left was a almost complete paddle, shoulder girdle, large ribs and more than ten vertebrae. 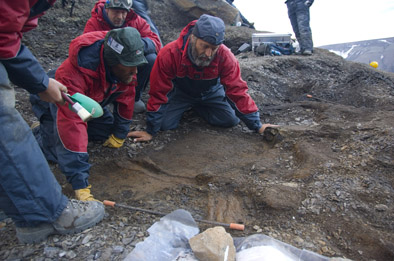 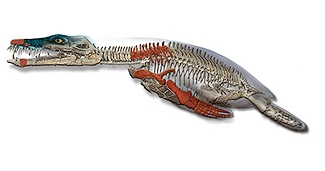 This skeleton was the posterior half of a medium sized plesiosaur. The bones were in a much better condition than in the pliosaur. A complete pelvic girdle, femora, and metatarsals, ribs and about 20-30 vertebrae were found. It will be a very nice display specimen and also good research material. 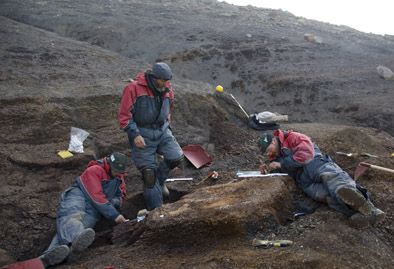 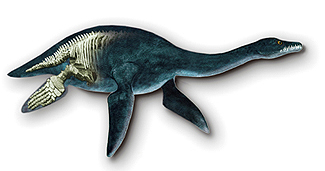 This skeleton looked promising, but when it was excavated it was just a pelvic girdle and a tail.