This summer, Hilde Riksheim Tandstad defended her MSC thesis: "Vegetation-environment analysis of the transition between avalanche meadows and semi-natural grasslands in Nærøyfjorden, Western Norway". Her work points to gaps in the NiN system that should be addressed in revisions of NiN. 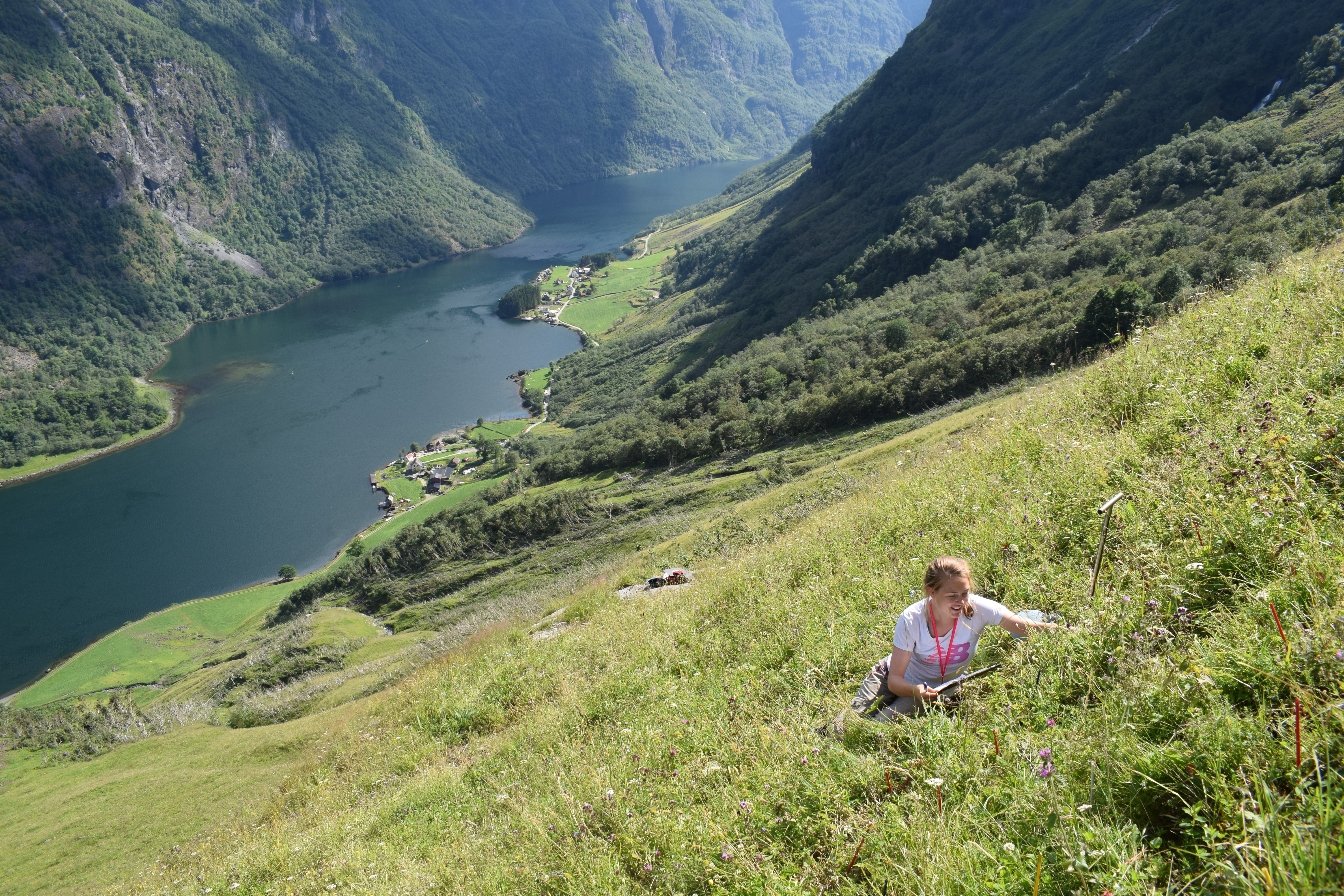 Both natural and human disturbances can have major effects on plant communities. Hilde's project has focused on investigating variation from semi-natural grasslands to avalanche meadows, two nature types described in NiN.

Hilde studied the vegetation in both nature types in localities along Nærøyfjorden (Aurland municipality, Sogn og Fjordane), and found that several processes were influencing the species composition at the same time. Avalanches can transport and deposit debris material, changing the soil chemistry and creating microhabitats with favourable conditions and increased species-richness. Importantly, she also found that the two nature types had gradual transitions between them, often being shaped by grazing and avalanches simultaneously.

Her recommendation is to make it possible to describe avalanche disturbance within the semi-natural grasslands-type in NiN. Then both the processes can be captured, making mapping easier and more informative.