Mesozoic reptiles are known from several localities on Svalbard and from one locality on the Norwegian mainland. The first mentioned are of marine reptiles with the early work by Hulke (1873) on fossils found by Nordensköld in 1864 and 1868. Plesiosaurian remains from the Jurassic rocks have been recorded as early as 1914 when Wiman published a description of a vertebral centrum found south of Deltaneset near Janusfjellet. This is also the area where the most complete plesiosaur so far was found by accident by three American physicians, Dr. Freeze, Dr. Maller, and Dr. Paul who were on Svalbard in 1931 studying the common flu. The remains of the skeleton were found partly covered by matrix in a dark shale representing anoxic conditions and grouped together in such a way that leaves no doubt that they represent one individual plesiosaur. After excavating the fossil the remains were shipped to the mainland and arrived at the Palaeontological museum in Oslo to be mounted as originally found by Professor L. Størmer. The material constitutes the distal half of a plesiosaur from the pelvis and back, containing these preserved parts: 38 vertebrae, some rib fragments, a relatively large part of the pelvic girdle, and both hind limbs, the right being the best preserved. This skeleton was described as Tricleidus svalbardensis by Persson in 1962. 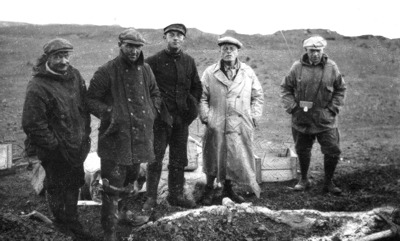 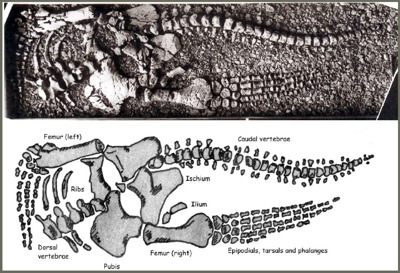 In 2001 assistant professor Sverre Ola Johnson from the Technical University in Trondheim (NTNU), Sverre Ola Johnsen (NTNU), Arvid Nøttvedt (UiB) og Jenö Nagy (UiO) and students found a well preserved limb and parts of the vertebrae cloumn of a plesiosaur in the Slottsmøya Member of the Agardhfjellet Formation (Jurassic, Volgian) at the mountain Janusfjellet. They realized that it would be impossible to excavate the specimen from the surrounding frost-cracked shale. They covered it with shale fragments and marked the location. The specimen was exposed again during subsequent student excursions, but Johnsen and excursion co-leader professor Jenö Nagy ( University of Oslo ) realized that the specimen would deteriorate after repeated exposures. They contacted palaeontologist assistant professor Jørn H. Hurum at the Natural History Museum, University of Oslo, and suggested that the specimen should be freed from the matrix and brought to a museum for professional conservation. This was the start of eleven successfull years of excavations at Spitsbergen and what is now known as the Spitsbergen Mesozoic Research Group.