Martha Karijord recently defended her master thesis on the endangered Northern dragonhead (Dracocephalum ruyschiana). She investigated how the populations relate to different habitats, with implications for conservation of this species. 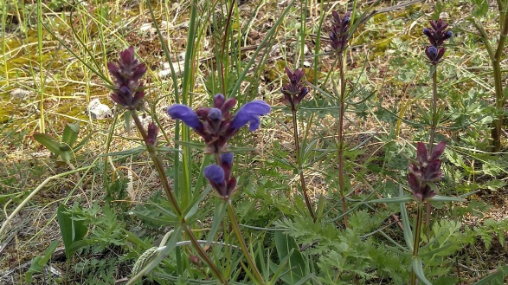 Norwegian populations of the Northern dragonhead are found on dry, calcareous soils in warm and open ecosystems along the coast and in semi-natural meadows. These habitats are under threat because of modern land-use, in many cases being overgrown by woody plants that outcompete herbs like the Northern dragonhead. Which of the Norwegian populations are doing well, and why?

Karijord mapped habitats in 18 locations using the NiN system, and measured population metrics such as the number of individuals and whether they were fertile.

Her results show, among other findings, that isolated and large locations had denser populations, and that abandonment of meadows leads to a drop in recruitment for the Northern dragonhead.