The zoological and geological exhibitions are temporarily closed for visitors.
Norwegian version of this page

Biodiversity in the Amazon 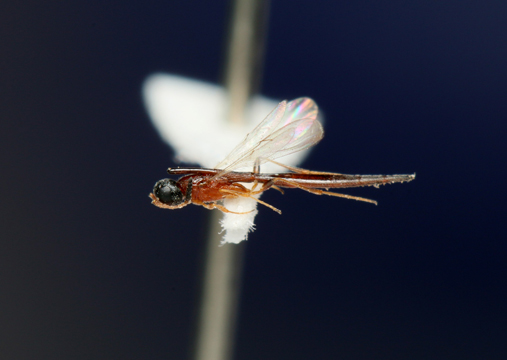 This tiny wasp (appx. 3 mm) was discovered by researchers from the Goeldi Museum in Brazil 2014. Note the outgrowth on top of its neck. Can it be a new species? We're trying to resolve that now. Photo: César Favacho, MPEG

Cooperation between Norway and Brazil

Since 2014, the Natural History Museum (NHM) has carried out research on biodiversity, climate change and reforestation in the Brazilian Amazon. The other participants in the cooperation are Norsk Hydro, The Federal University of Pará (UFPA), The Emilio Goeldi Museum of Pará (MPEG) and The Federal Rural University of the Amazon (UFRA). Together, we have established the Biodiversity Research Consortium Brazil-Norway (BRC).

The project is coordinated by a secretariat hosted by the Natural History Museum in Oslo, Norway, with funding from Norsk Hydro. The cooperation also facilitates exchange of students and academic staff between UiO and the Brazilian partners.

In the cooperation agreement between the five institutions, the aim is defined as: “The main aim of the cooperation is to develop research activities both applied and basic, and build a strong base of outputs in biodiversity and climate knowledge […].”

Are there jaguars in the area? 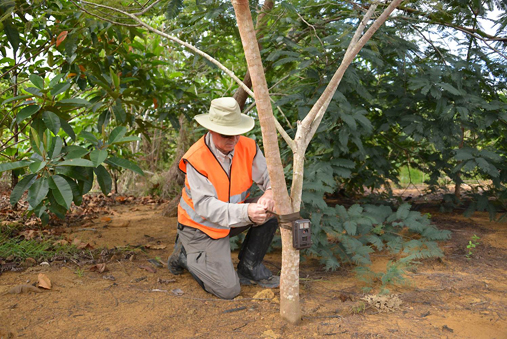 In March 2014, the Natural History Museum placed 30 camera traps in the mining area of Norsk Hydro in the Brazilian state Pará. In November 2019, the research team successfully managed to capture a jaguar for tagging with GPS collars. The transmitters from the collar will give GPS positions for the instrumented animal every 1.5 hours, for more than a year. The purpose is to monitor the movement, habitat use, and living area of the largest feline in the Americas. 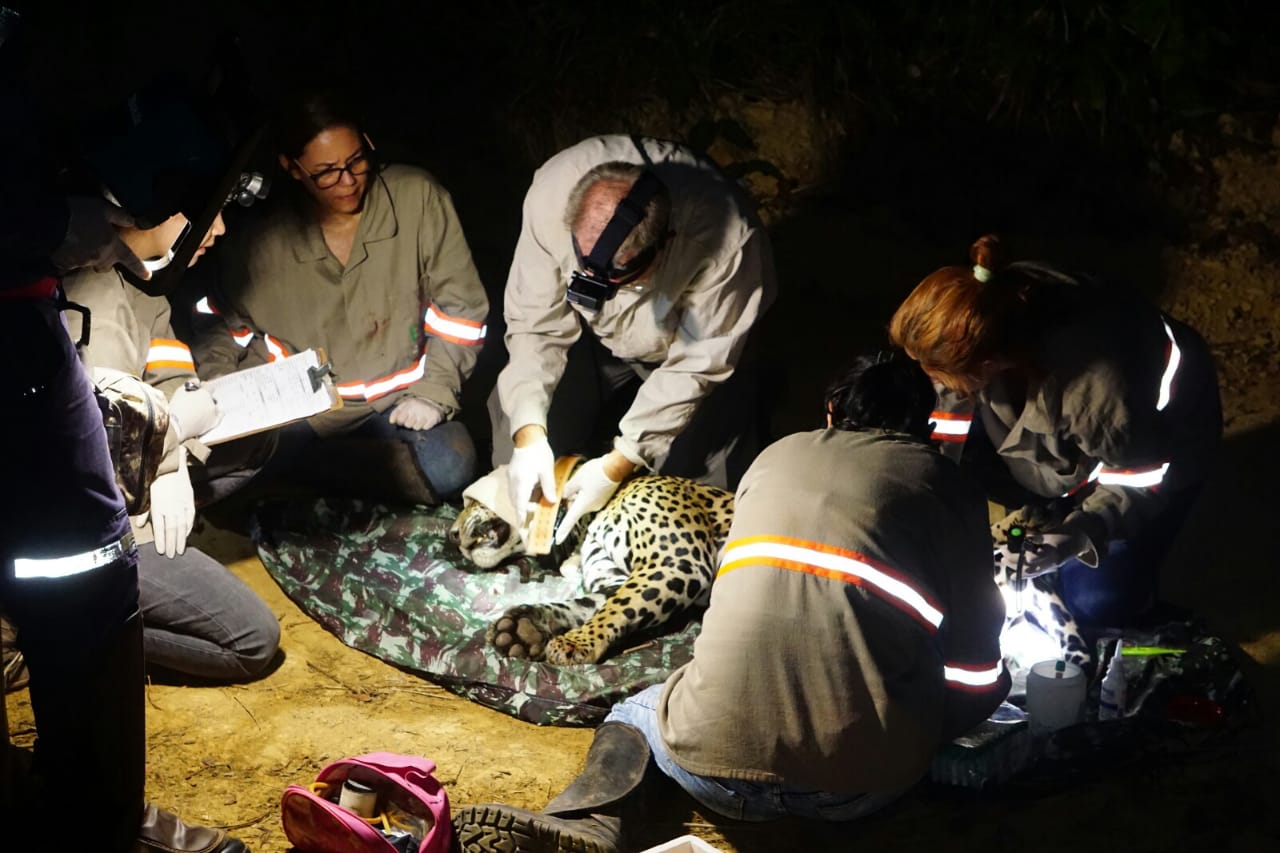 The jaguar Research team tagging a jaguar with GPS collar for monitoring movement and habitat use of the animal. Photo: Ana C. Ribeiro

What do insects say about reforestation? 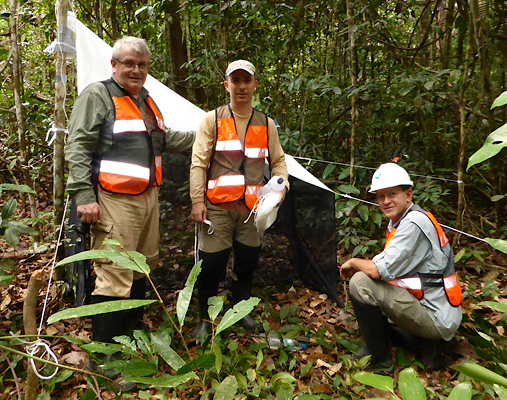 When mining activities are concluded, the mining company is obliged to restore the original vegetation. But how do you measure the success rate of reforestation? One of the Natural History Museum’s projects investigates how different insect species can be used to evaluate the quality of the vegetation in a certain area. In that way, we can later use insects as so-called bioindicators to measure the progress of restoration.

Will we find new fungi and lichen species? 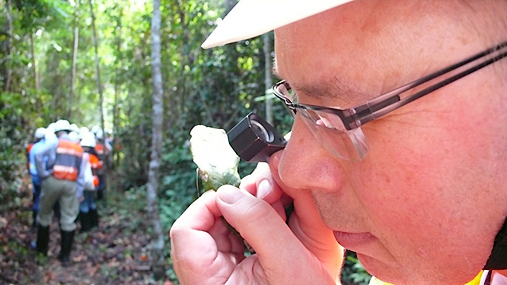 A considerable part of the Amazon biodiversity is still not described by science. In particular, this applies to small species, like insects, fungi and lichens. One of the Natural History Museum’s projects surveys the presence of fungi and lichens in the rainforest and in the reforested areas. We search for new species, and are confident to find several. At the same time we investigate which species are most appropriate to use as bioindicators to measure the quality of restored vegetation.

Field Course with master students from Brazil and Norway 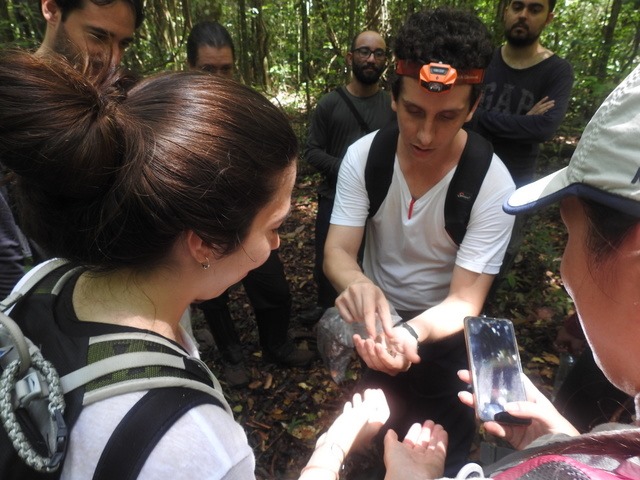 Established in 2018, the course attended an equal number of Brazilian and Norwegian students, and is taught by Brazilian and Norwegian scientists with complimentary competence to facilitate teaching a broad range of themes. It has two main components: a field course in the Caxiuanã National Park - Amazon, and lab practices in Oslo (UiO). The course also includes visits to Norsk Hydro’s facilities in Brazil and Norway, visit to local villages in remote forested areas and boat trips across Amazonian rivers. The main objective of the project is educate future experts on Amazon biodiversity, ecology and forest restoration, and give them knowledge and a critical sense that are relevant for future careers in academia, government, NGOs and private companies. Students and professors that integrate the course are from UiO, UFPA, NMBU (Ås), MPEG and UFRA. 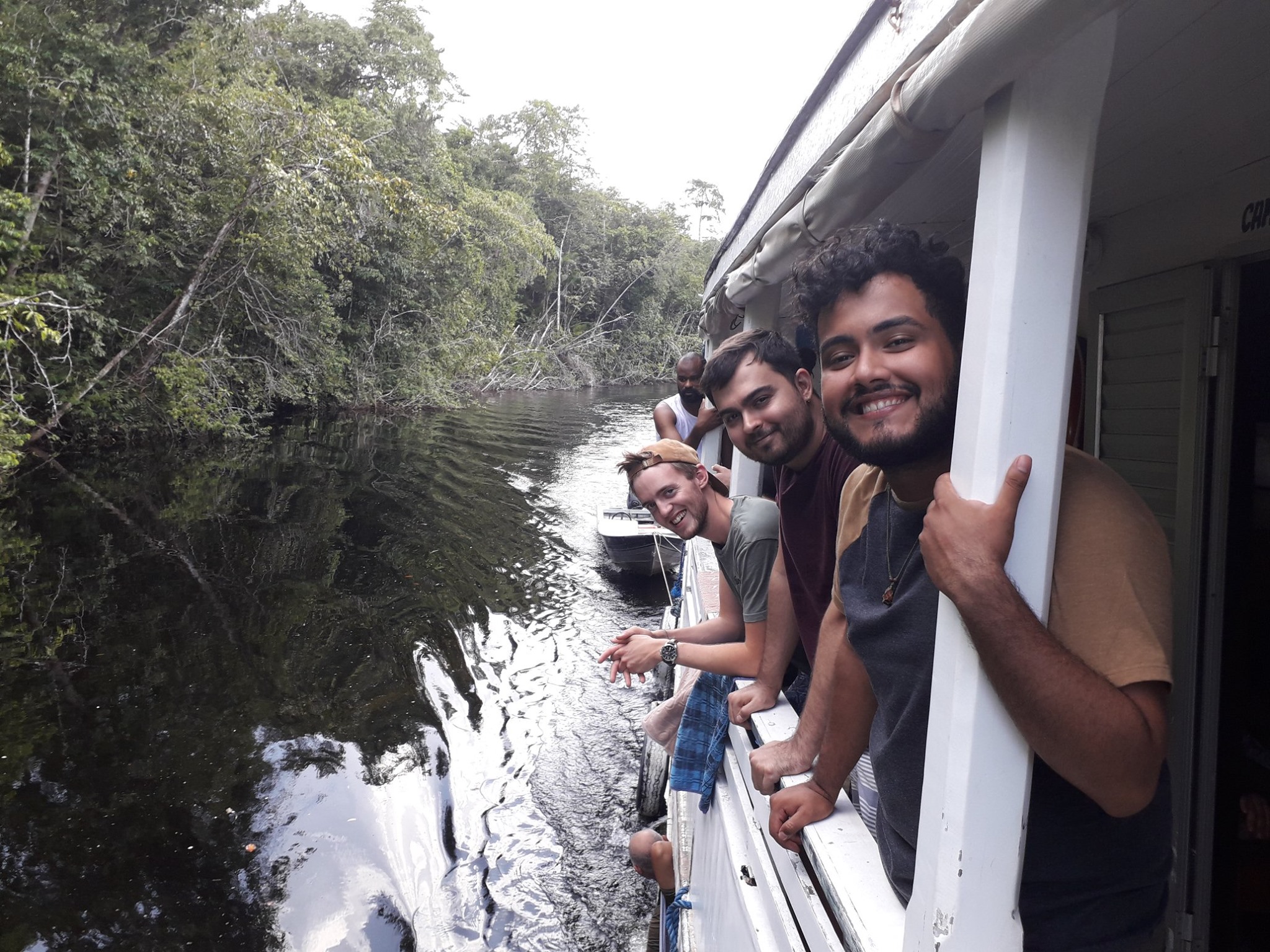 Transport by boat to access remote areas in the middle of Amazon rainforest. Photo: Rafael Assis