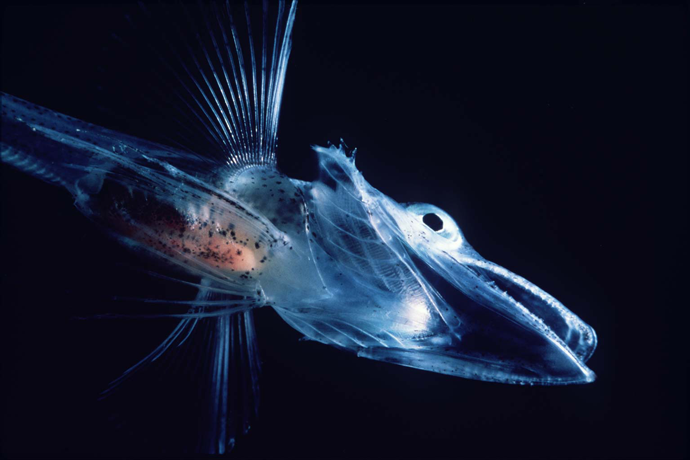 The larvae of an Antarctic icefish. Photo: Uwe Kils

Adaptive radiation – the rapid diversification of an ancestral species into a multitude of new forms – is the likely source of a large share of Earth's biodiversity. A prime example of this process is taking place in Antarctica, where fishes of the suborder Notothenioidei (Antarctic icefishes) have diversified into around 110 species over the last 10 million years. These species are highly adapted to the cold climate of Antarctica and survive even close to the freezing point of sea water at -1.9 ˚C, thanks to antifreeze proteins that they express in their blood and tissue. It is assumed that Antarctic icefishes are the last remainders of a once-diverse Antarctic fish community, of which most species went extinct at the onset of freezing conditions, leaving vacant ecological niches to which the icefishes could adapt.

ICEFISH will make use of a large set of tissue samples collected by project participants during field work in Antarctica. DNA will be extracted from these tissue samples and their genomes will be sequenced. To cover as many species as possible, valuable museum specimens of rare species will additionally be probed, and DNA extracted from these will be sequenced with specially designed protocols. Up to five individuals will be used for most species, but larger numbers of individuals will be sequenced for certain subgroups to achieve objectives 2 and 3. The genomic data produced for Antarctic icefishes will allow detailed phylogenomic and population genomic analyses that will provide unprecedented insights into the evolution of these unique creatures.