For the very fist time a complete original dinosaur skull is exhibited in Norway thanks to a generous private donation. 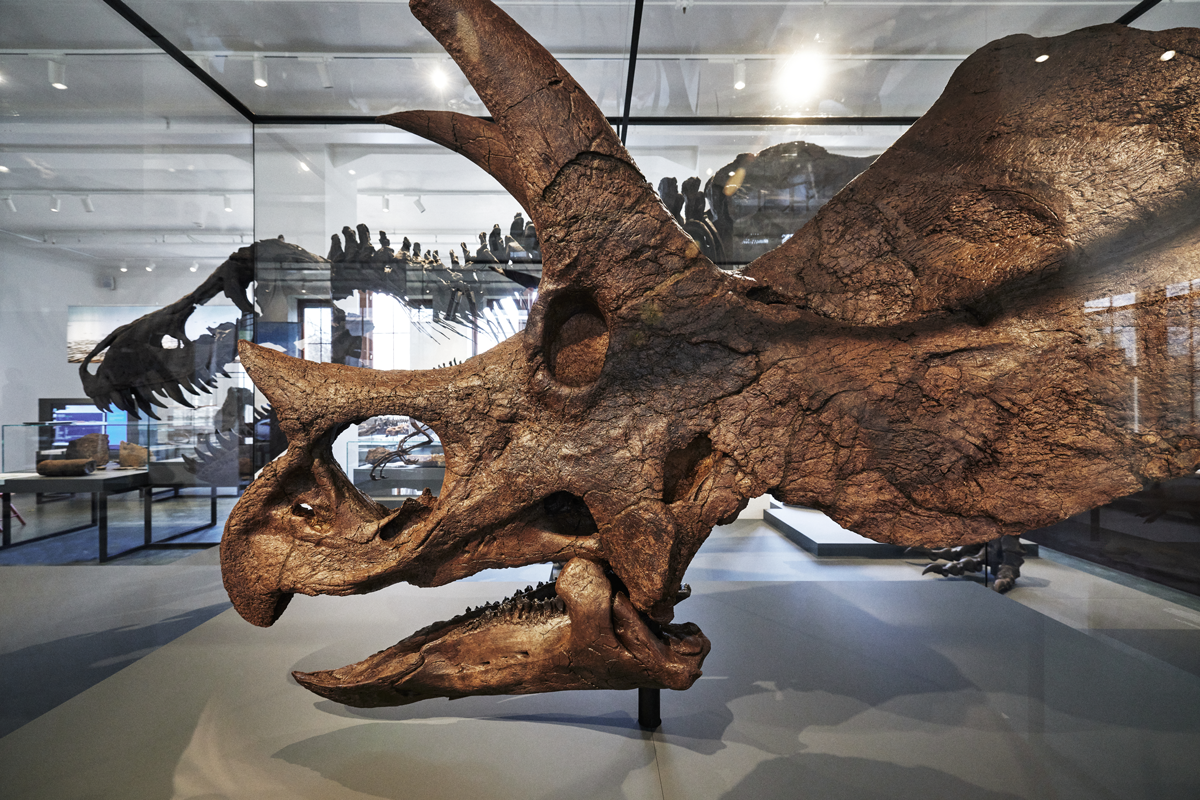 67 million years ago the Triceratops "Roar" roamed about on alluvial plains of North-America alongside other well-known dinosaurs of the Cretaceous, such as the Tyrannosaurus.

Our new fossil attraction is named after Roar Løvviken, a local Oslo resident. Instead of investing his savings in a brand new car or motorcycle, Løvviken decided to buy and donate a dinosaur fossil to the Natural History Museum – to the joy of all our visitors.

Triceratops is one of the most iconic dinosaurs with its characteristic three horns and massive neck frill – probably a dinosaur name most people are familiar with.

Roar was found in the Hell Creek Formation in South Dakota (United States), an area especially known for its richness of dinosaur fossils. During the excavation scratch marks were found on Roar, and also a Tyrannosaurus tooth was uncovered at the site. We will never know whether the two individuals were in fight – most probably Tyrannosaurus preferred smaller prey. The gnaw marks might have originated from animals preying on Roar after his death.

Roar is displayed next to our Tyrannosaurus Stan in our geological exhibitions.