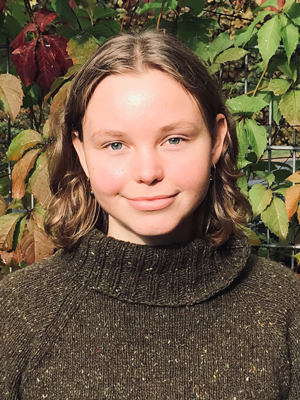 My research interests are mainly centered around evolutionary theory and the fundamental understanding of nature and how life evolves. In my PhD project I am trying to understand the connections between micro- and macroevolution. More specifically, I am studying phenotypic evolution across different timescales by investigating morphological and climatic time series through various modelling approaches.

Apart from my PhD project, I also have a predilection for the world of fungi since I wrote my master thesis on evolution in the fungal kingdom (see below).

I have a bachelor in bioscience and a master in ecology and evolution from University of Oslo (UiO). I wrote my master thesis in evolutionary biology at Oslo Mycology Group (UiO) with a focus on fungal introgression in the genus Trichaptum. My master thesis was titled "Ancient introgression between highly divergent fungal sister species – a genomic analysis of Trichaptum abietinum and Trichaptum fuscoviolaceum."

I am part of the ROCKS-PARADOX project at NHM, funded by the European Research Council.

View all works in Cristin

View all works in Cristin