National Geographic, Apollon and the Natural History Museum in Oslo tried to convince the world that we would reveal the unknown story behind Edvard Munch's "Scream". 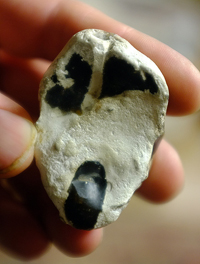 Art historians have debated where Edvard Munch got the inspiration for the world-famous painting. A well-known theory is that the red sky on the painting is inspired from the volcano eruption at Krakatoa in 1883, but many debate that this doesn’t seem to fit; as the first version was not painted until ten years later, while Munch lived in Berlin.

However, many have argued that the diary citation “-this rock, this burden that plagued me night and day-“ in connection to the far more known “[I] felt a great infinite scream passing through nature”, should be taken literally.

The discussion has now reached the next level, as the Natural History Museum has received a gift which apparently is the Primeval Scream: A naturally formed flint nodule, where part of the white chalk covering has fallen off.

Munch’s interest in nature is reflected in his work, and it is well known from his diaries that he socialized with many of the geological collectors in Berlin. According to Wolfgang Isterbach, professor in art history at the University of Westphalia; the story of the Primeval Scream (“der Urschrei”) has for decades been whispered in academia. But until now, it has not been sufficiently documented.

The Director of the Natural History Museum, Arne Bjørlykke is pleased with the gift.

–  This gives us a unique opportunity to communicate art history and science to the general public together with our neighbor, the Munch Museum.

Edvard Munch painted four versions of “Scream”. One of them became the world’s most expensive, when a private buyer paid nearly $120 million for it in May 2012. This version is at the moment on display at the Museum of Modern Art in New York. 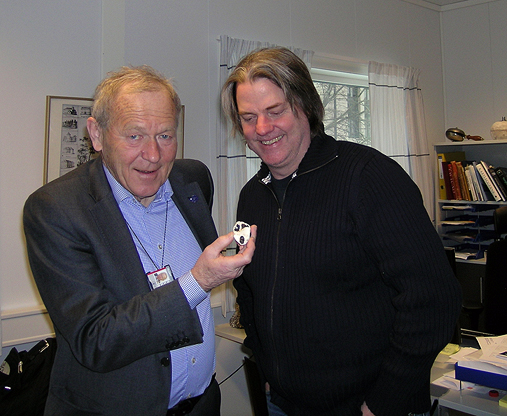