Due to the relatively short summer in particular in Northern Norway, we focused on the first phase of the project on sampling, which means that a detailed analyses of the collected Kinorhynchs is postponed to the winter months in 2013/14. By the end of September 2013 some 160 samples from roughly 110 localities were collected. These are illustrated in the figure below. 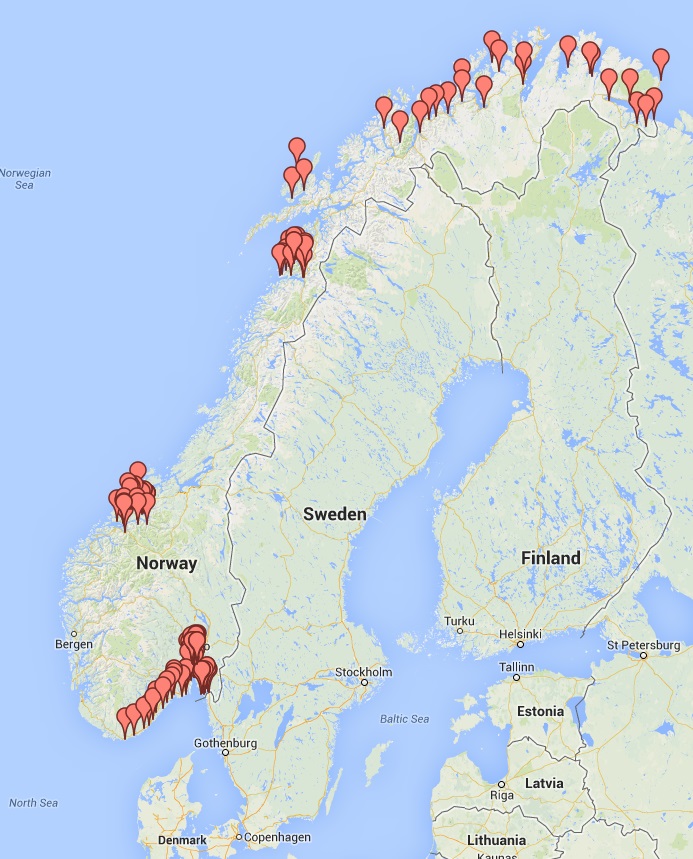 Map of sampling localities for Kinorhyncha along the Norwegian coast (as by September 2013). The map will be updated as sampling continues, and the most recent map can be visited here.

A rough first screening of the collected samples revealed a very low propability of detecting Kinorhyncha in beach samples. Therefore, effort was put into sampling from "deeper" sediments. Of particular use are often marinas and their bridges. Depending on the number of boats, bridges may stretch quite far out allowing for sampling at more promising depth, sometimes down to 15-30 meters. Making use of marinas simplifies the initial sampling and allows for taking more samples in short time.

In addition we also used small boats for sampling. However, if we use our own equipment it is somewhat time consuming to get the boat off and on the trailer, which limits the number of samples. Nevertheless, we used this approach to some extent in the Oslofjord area, where traveling distances are short.