Animals of the World – A Zoogeographic Journey

Visit animals from around the world through its geographical regions – from penguins in the Antarctic ice box to the chimpanzee and okapi of the tropical African rainforests. 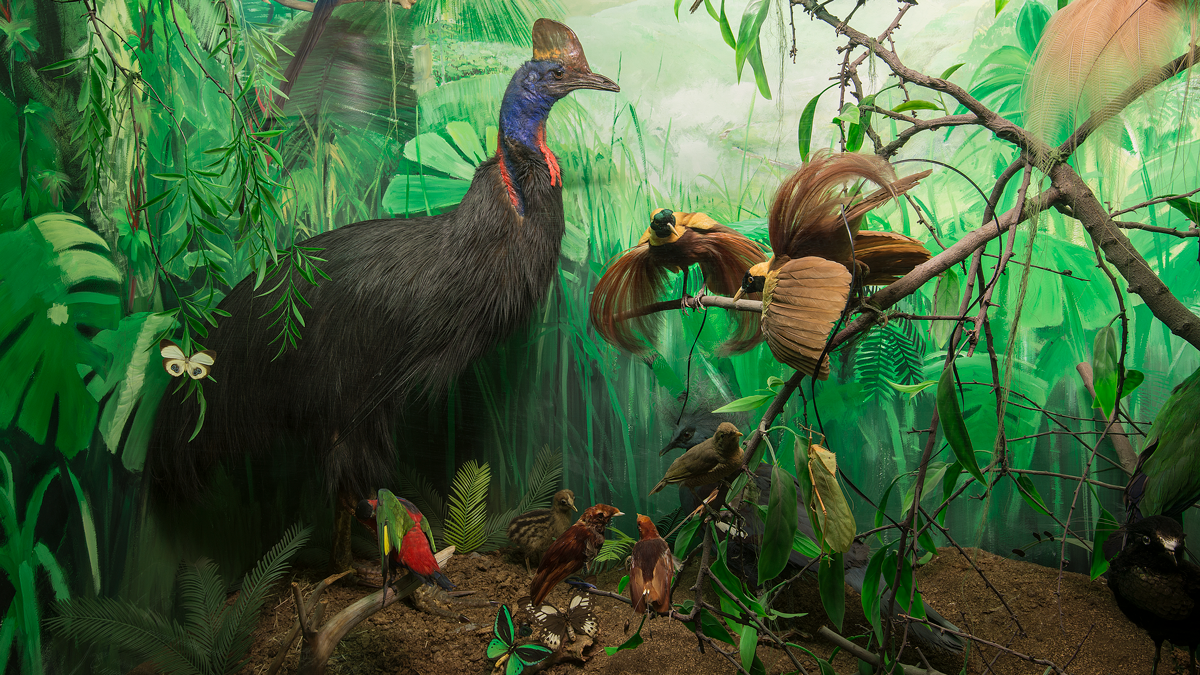 Why are buzzing hummingbirds only found in North and South America while seagulls are flapping about on all the world's continents? There are many reasons why specific animals live where they do. Temperature, precipitation and the presence of other animal and plant species play important roles for the life conditions and adaptations of a species. But also historical climate change and the movement of the Earth's crust (plate tectonics) have been instrumental for how animals are distributed around the world. Human activities like city expansion, agriculture and hunting have also har a major impact on animals habitats over the last centuries.

In Animals of the World you may take on a travel throughout our planet and get to know the animals of various biotopes. The exhibition comprise 25 displays with characteristic animals of biotopes in the world's seven biogeographical regions.

In the exhibition you may see one of the museum's most valuable objects – the marsupial wolf. This carnivorous marsupial – also known at the Tasmanian tiger or Thylacine – once roamed the island Tasmania, off the southeastern corner of Australia. It is now considered extinct, mainly because of hunting from humans. The last known living individual took its last breath in Hobart Zoo on Tasmania in 1936. Only 100 taxidermy specimens remains globally, and our is considered one of the best. By the marsupial wolf exhibit you can learn more on current threats of Earth's biodiversity and view examples of how animal habitats have diminished over the last century. 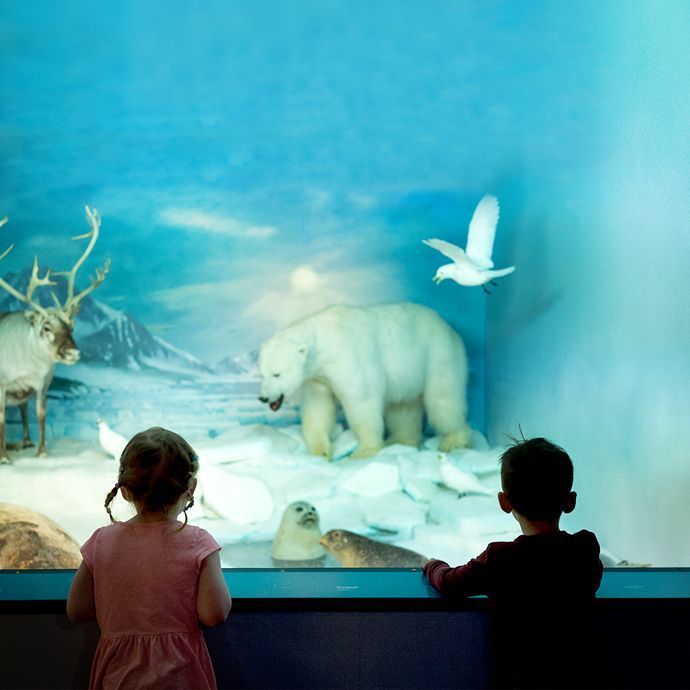