Got response 404 from server
UiO Natural History Museum
Main navigation
Back to uio.no
Sub navigation Menu
About the museum > News > Archive > 2020 > Royal opening of the Climate House
Norwegian version of this page 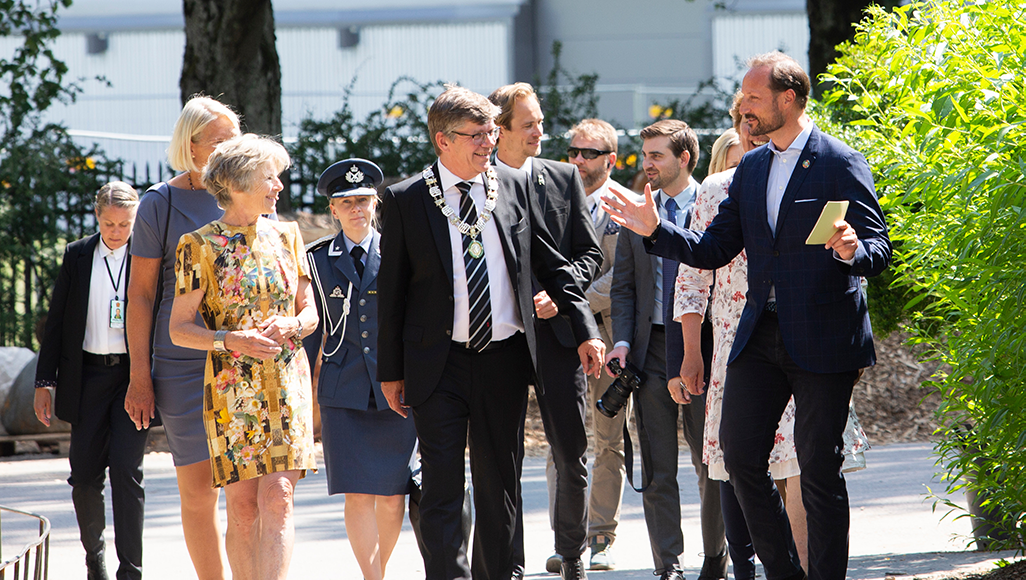 The Climate House is the first of its kind in the Nordic countries, and was officially opened June 17th. In his welcoming speech, rector at the University of Oslo Svein Stølen, drew a line between last years strikes for climate with the new university strategy, both in which sustainability is a key theme.

– The Climate House strikes right a the core of the activities at our university. Education, research and outreach of knowledge and innovation. Our students are a driving force towards a green engagement. It gives me high hopes for the future. The young will do better than us, Stølen says.

In the Climate house you will be introduced to the Earth's climate systems, consequences of global warming, solutions and how you may contribute yourself. The Climate House is particularly aimed at young adults. The auditorium is a meeting place for discussions on the climate and environment as well as a variety of events. In the outdoor area around the Climate House, we focus on teaching young children about the weather and nature through activities and exhibits.

The official opening was performed by the Crown Prince Haakon of Norway, symbolized by the sowing of seeds from the Purple marshlocks. Purple marshlocks is a petit and beautiful plant that are confined to marshes in the High North. Marshes play an important role as habitat for animals and plants, in carbon storage and damping floods. The resulting flowers from the ceremony will be planted in the areas around the building.

Funding of the Climate House

Museum director Tone Lindheim expressed great thanks to investor Jens Ulltveit-Moe and other sponsors and collaborators, for their generous contributions that has made the building and exhibits possible. The Climate House is financed by Umoe AS by a gift of 70 million NOK. The total budget of the project amounts to 90 million NOK, including the construction, exhibits and outdoor areas. Drifting of the house is also sponsored by funds from private and governmental sector.

– It is a great pleasure to give this building. We are currently amidst two crises. One is the pandemic, the other is the climate crisis. What gives hopes for the future is how quickly the government and parliament have responded to the pandemic. It illustrates that when presented with facts and experience challenges, we act. When dealing with the climate crisis, however, the impression is the opposite, Jens Ulltveit-Moe expressed at the opening.

The new exhibitions will be open for visitors from Wednesday June 17th. With current restrictions on number of people allowed in the building, due to measures to minimize infection risk, visitors need to registrer in advance.