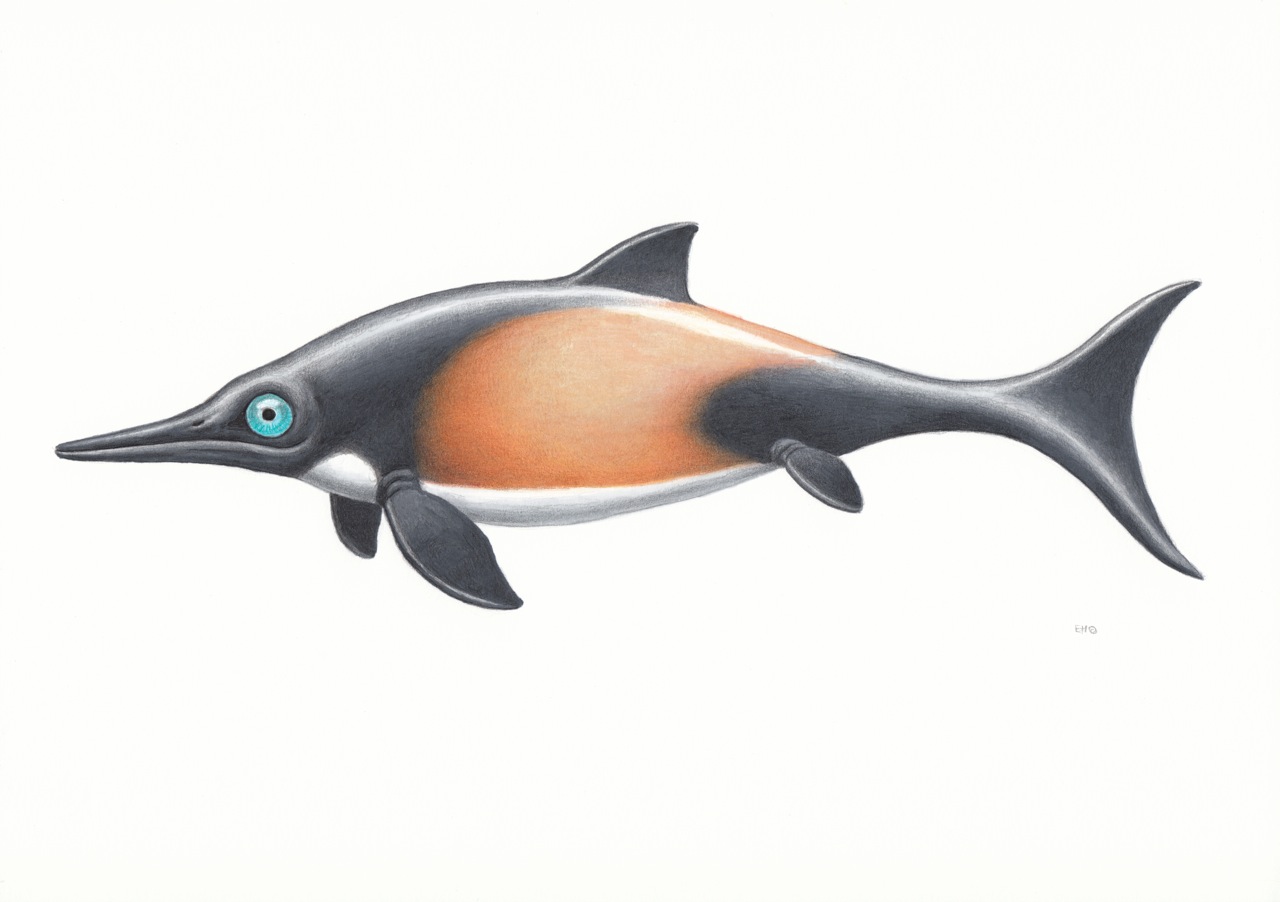 The new ichthyosaur is named Keilhauia nui and was a marine predator, approximately four meters long. It was found in sediments dated to the earliest Cretaceous (144 million years old), and is the first marine reptile from this period from Svalbard. Almost the entire skeleton is preserved as it was in life, however missing from the majority of the head. Internationally ichthyosaurs from this time interval are very poorly known. The paper focuses on evolution on the ichthyosaur pelvic girdle (hip) and compares it to its evolution in whales. Keilhauia nui has the most complete pelvic girdle among Cretaceous ichthyosaurs worldwide known to date.

Named after geologist and environmental organization

The genus name Keilhauia is given in honor of Baltazar Mathias Keilhau, the first Norwegian geologist to do field work in the Arctic, on an expedition to Svalbard in 1827. His collections are housed at the Natural History Museum, together with the remains of the newly described fossil. The species name nui is given in honor of the environmental organization Natur og Ungdom (Young Friends of the Earth Norway), celebrating its 50th anniversary in 2017. The scientists write that the organization is working to protect the extant biodiversity in the Arctic.

Between 2004 and 2012 the Spitsbergen Mesozoic Research Group excavated the remains from 30 plesiosaurs and 30 ichthyosaurs in the area surrounding Janusfjellet north of Longyearbyen, Spitsbergen. The fossils are from the Late Jurassic to the earliest Cretaceous (± 150 million years ago). In the recent paper three other ichthyosaur skeletons are discussed in addition to Keilhauia nui. The latter is also the fourth new ichthyosaur species described from Spitsbergen by the research group.

Ichthyosaurus were a large group of reptiles living in the sea while the dinosaurs ruled the earth. They had ancestors on land that made the transition to the water approximately 250 million years ago, in the Triassic. Ichthyosaurs had a body strongly resembling modern dolphins, but with external hind fins and a vertically oriented tail, in contrast to the horizontal one in dolphins. Their diet consisted mainly of cephalopods and fish.

Part of a PhD thesis

E-mail this page
UiO > Natural History Museum >
About the museum >